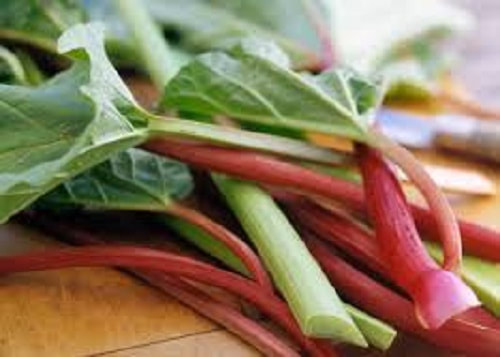 Best rhubarb variety for harvesting later in the year.

﻿English heirloom variety grown and known for its ealy. Glaskin's Perpetual Rhubarb is tart, but never bitter due to its naturally low oxalic acid content. Start seeds indoor early start so you it can be harvested (late) during the first season's growth. Stems are thick and will grow 30-35cm (12-14") long, with a primarily pink and green pigment and some red markings. Grow it in full sun, in rich, fertile, well drained soil.